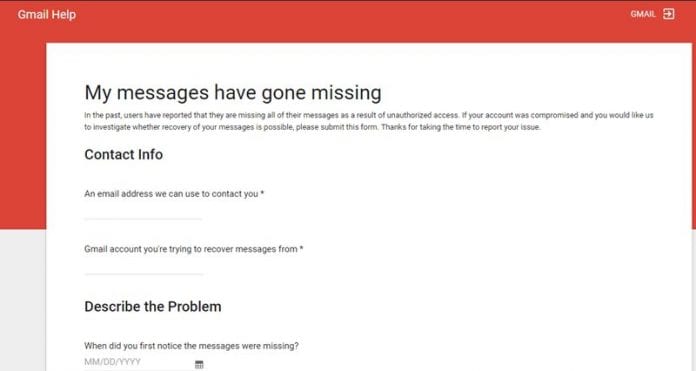 Now you can Recover Permanently Deleted Gmail Emails quickly with the service that most of the users are not aware of. So follow the guide and get the way that will help you to recover any of the emails in your Google account.

The Gmail provides lots of functions and tools to its users so that they could efficiently manage their emails and organize them in their own style. This makes it much quicker for the users to work on numerous Emails at the time and save up a lot of time. Although the Gmail is quite easy to be manageable but sometimes the users permit the mistakes while handling many emails at the time, they tend to delete up their important emails with the useless ones. There is the trash folder where the deleted emails go before these gets permanently removed, but this also tends to keep your emails for 30 days limit, some users could lose their important emails with that limited time period. This terrible mistake could be randomly done by the users anytime Google knew about that before so it has made an option for the users to get their emails back that have been deleted for permanently. Although there is no direct way to achieve those emails back but some method have to be applied. Here in this article, we have discussed the way through which, you could be able to recover up to the Gmail Emails even if these have been deleted to permanently. In case if you have also suddenly removed any of your important emails which you either doesn’t find any way to recover then you must read up to this article and hence know about the method by which those emails could be quickly restored. Now you just go and read up the method now!

Airtel must explain why it opened bank a/cs without Consent

Facebook to soon let you delete messages sent by mistake

WhatsApp alert: Beware! Think before downloading this version; here’s why